Pleasant it is to be when death is near. Alvar Aalto’s unrealized cemetery and funeral chapel designs in Jyväskylä

17.04.2015
Hyvä on olla, kun on lähellä kuolemaa. Pleasant it is to be when death is near. – Uuno Kailas, 1931; English translation Sofia SinglerCittà dei Morti – City of the Dead, the spring exhibition at the Alvar Aalto Museum gallery in Jyväskylä, on until 17.05.2015, welcomes its visitors with the above quote from Uuno Kaila’s poem "In the Morning", from the collection Sleep and Death published in 1931. The exhibition examines Alvar Aalto’s cemetery and funeral chapel architecture through three unrealized and generally unknown projects: in Jyväskylä in Finland, Lyngby-Taarbæk in Denmark, and Malmi in Helsinki, Finland. The exhibition title Città dei Morti was Aalto's pseudonym for the proposal that he and his Danish colleague, Jean-Jacques Barüel, worked on for the 1951 competition for the design of the Lyngby-Taarbaek cemetery and funeral chapel. The view created by crematorium flues, roof forms and the tree canopy gave the impression of a city of the dead.[caption id="attachment_3325" align="aligncenter" width="618"] 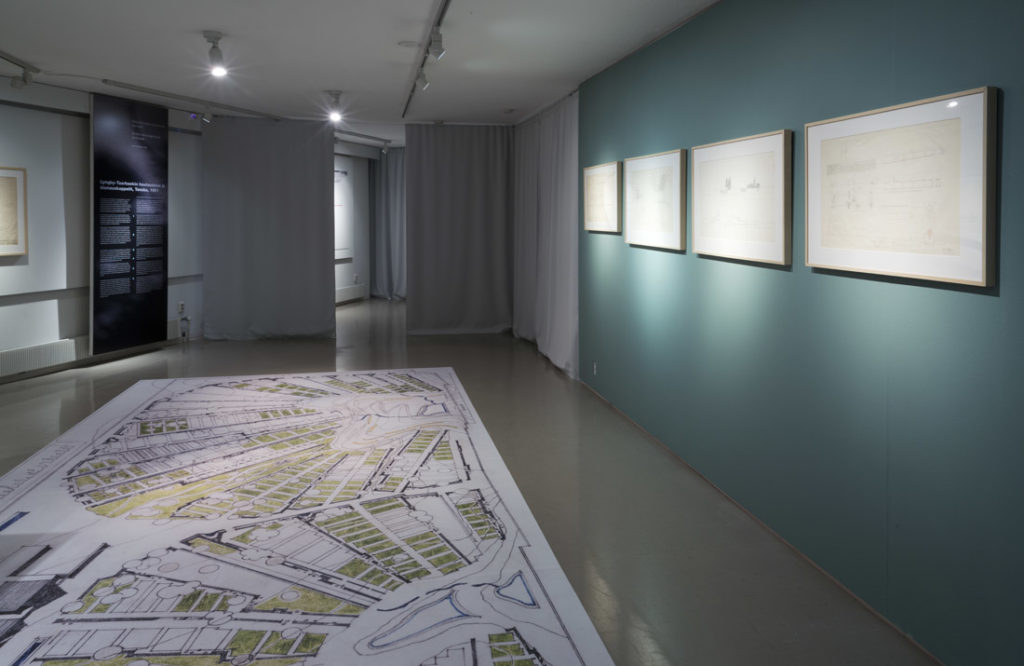 Città dei morti – City of the dead exhibition. Photo: Alvar Aalto Museum / Maija Holma.[/caption]The exhibition illustrates Aalto’s empathetic approach to the functionally and architecturally demanding theme of death. Because the designs span from the 1920s to the early 1950s, the exhibition demonstrates Aalto’s transformation from the expert of harmonious classicism to a progressive functionalist and then to a master of an original modernism. The interesting content, informative captioning and sophisticated exhibition design make this a very rewarding visit, especially for those already familiar with Alvar Aalto's architecture. The atmosphere in the gallery, subdivided with curtains into smaller spaces, is appropriately earnest and peaceful.There is a lot to explore in the drawings and the text panels laudably provide some excellent background information. There is also a short presentation on the cultural history of Finnish funeral traditions, as well as a text panel outlining the history of Aalto’s sacral architecture as a whole. The background images of light and shadow used in the text panels were commissioned from photographer Maija Holma especially for the purpose, giving the exhibition a general feel of a serene dusky depth.[caption id="attachment_3327" align="aligncenter" width="618"] 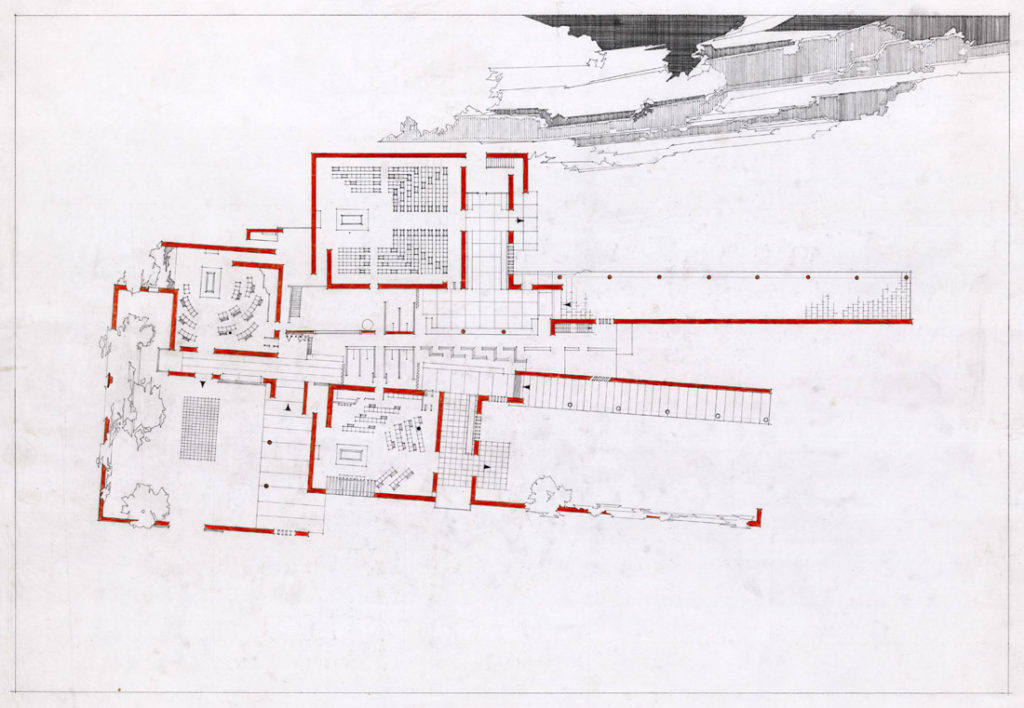 Jyväskylä funeral chapel, Alvar Aalto 1925-26. Altar cloth. Alvar Aalto Museum / Collection.[/caption]The high-quality exhibition does not, however, overcome the common problem of specialised thematic exhibitions. The physical distance between the exhibited projects and the accompanying commentary is large. Also, to fully appreciate the exhibition requires a rather high level of expertise from the viewer. Further, an architectural frame of reference is not provided; parallel examples, such as the sacral architecture of P.E. Blomstedt, Erik Bryggman or Erkki Huttunen, are not offered to allow concrete comparisons. Alvar Aalto floats within his noble vacuum, creating his ritualistic choreographies, and the exhibition visitor is not provided a demonstrative lesson explaining why Aalto’s sacral architecture is, after all, so masterful.The impetus for organising the exhibition came from Sofia Singler’s Bachelor’s dissertation completed in 2012 at the University of Cambridge in the UK called "Enquiry and Equilibrium: Alvar Aalto's Unrealised Funerary Architecture". Singler describes how Aalto is particularly well-known for his designs of sanatoriums, schools, housing and urban plans which were based on technological optimism, aiming for a cleaner, more functional, healthier and better world. Aalto’s relationship to religion and death, however, has remained less well known: "I was interested in the relationship of modernism to death, which at a certain level could be perceived more 'negatively' than many other positive attributes linked with modernist idealism," states Singler. She herself was born and grew up in Jyväskylä and explains that she became interested in architecture already at an early age. "Aalto has for a long time been some kind of consistent thread in my various research and design projects," she states.[caption id="attachment_2181" align="aligncenter" width="300"] 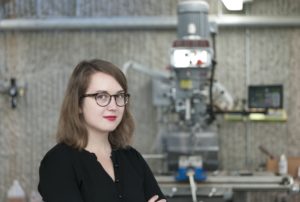 Sofia Singler. Photo: Jason Kurzweil.[/caption]Singler considers the exhibition topical in many respects. "In the academic world the relationship between modernism and religion is increasingly being studied through fresh eyes," states Singler, who is now continuing her studies at Yale University in the United States. She refers, among other things, to the book edited by Karla Britton titled Constructing the Ineffable: Contemporary Sacred Architecture and the anthology The Religious Imagination in Modern and Contemporary Architecture edited by Renata Hejduk and Jim Williamson. Singler also refers to the impressive accomplishments in recent years of Finnish architects as designers of churches, and names as examples, for instance, Kuokkala Church, Kamppi Chapel and the Chapel of St. Lawrence. Interesting new church architecture is also currently being designed in the other Nordic countries.According to Singler, the exhibition above all participates in the dialogue that analyses the relationship between modernism and religion. Singler concludes: "The exhibition illustrates to some extent our own architectural history and perhaps through it clarifies the viewpoint regarding the sacral architecture of our own time. In my own interpretation, Aalto's funerary architecture arises from the same quasi-pantheistic, Nordic conception of the sacredness of nature as that of many of his contemporaries, though this perception is not necessarily inconsistent with Lutheran theology."

Aalto’s funerary architecture allows but does not dictate, permits but does not prescribe, enables but does not determine: the role of the architect becomes one of a sensitive mediator rather than an authoritative creator, always placing the little man in the spotlight. — Sofia Singler

Città dei morti – City of the Dead exhibition is open to the public at the Alvar Aalto Museum Gallery in Jyväskylä, 20.3.–17.5.2015.Text by Anni Vartola. Translation by Gareth Griffiths and Kristina Kölhi. 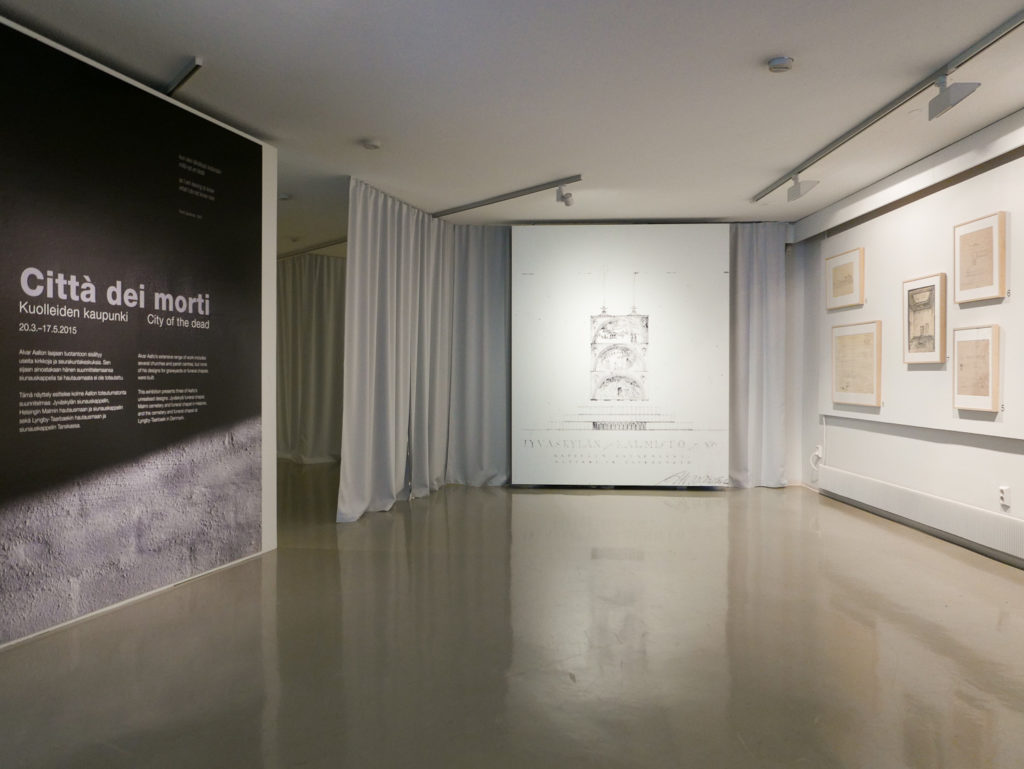