14.02.2014
Finnish architecture seems to have an expanding trait in socially and ecologically responsible design for third world communities. One of the most recent accomplishments is the Kouk Khleang Youth Centre by KOMITU workgroup completed in Phnom Penh, Cambodia in January 2014. The main materials of the building are bamboo, compressed earth blocks and recycled plastic bottles. KOMITU architects have utilised these locally available and ecological materials in an environmentally sustainable fashion according to modern building practices.The design was initiated during the 'Cambodia Studio' design course at the Aalto University, Department of Architecture in spring 2010; after the course, the then students of architecture formed the KOMITU workgroup and started working for funding and local partners. During the design and building process, KOMITU architects worked closely with local students of architecture and engineering. The project was executed in collaboration with Cambodian Volunteers for Society (CSV) and Khmer Kampuchea Centre Krom for Human Rights and Development Association (KKKHRDA), two Cambodian non-governmental organisations working with the youth in poor urban communities in Phnom Penh. [caption id="attachment_516" align="aligncenter" width="618"] 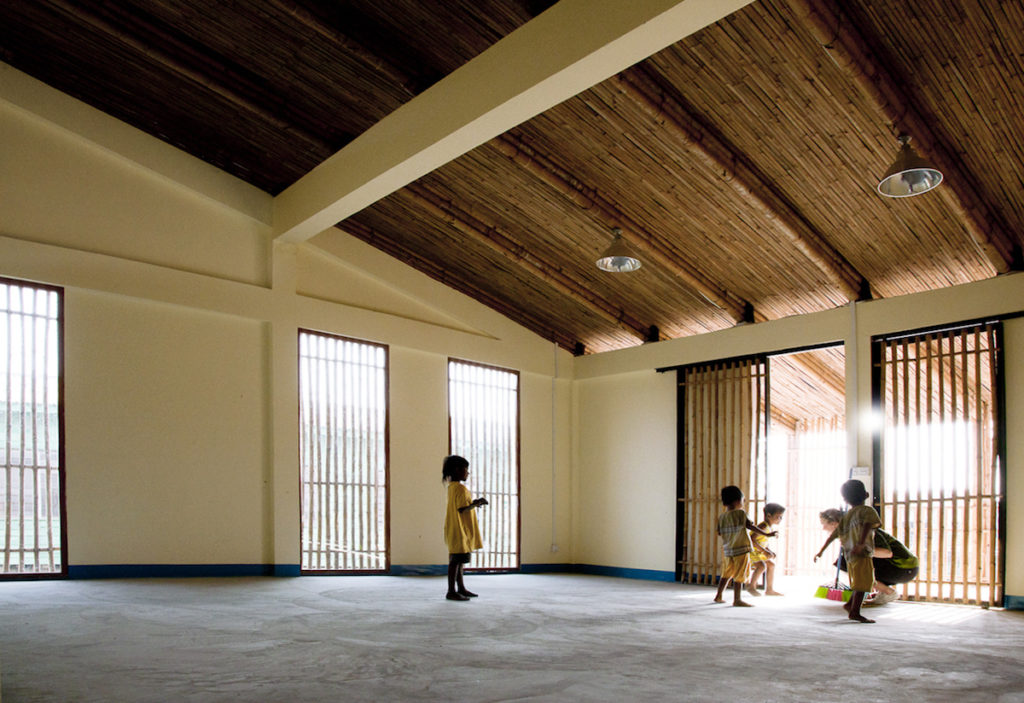